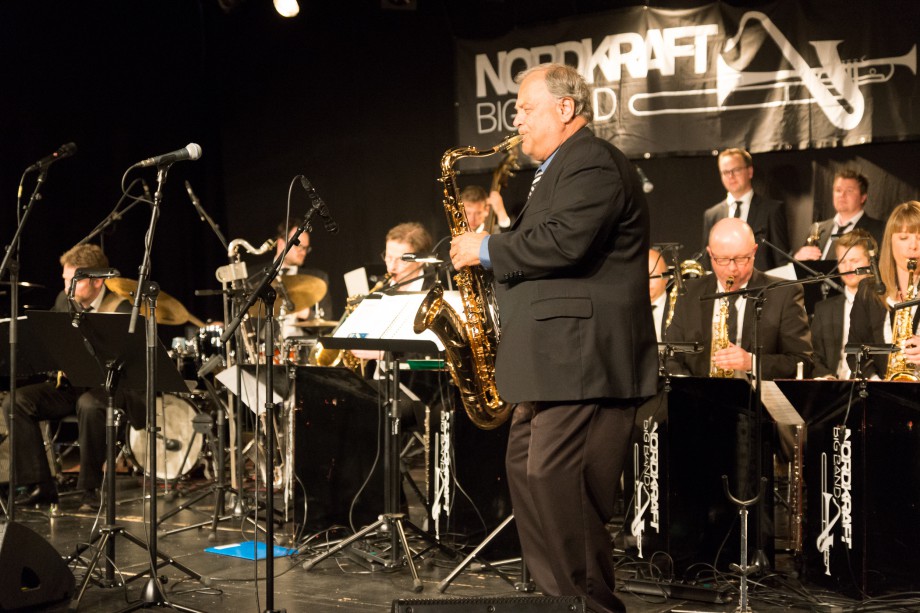 In May of 2015 I had a very enjoyable experience performing with the Nordkraft Big Band. I was hired, along with vocalist, Sinne Eeg, to rehearse and perform two concerts with the band. Including Sinne Eeg confirmed for me that these concerts were going to be of high quality. Sinne is what we call “a class act.”

I was hired as a guest artist/arranger/conductor. I was very impressed by the professional, positive approach by all members of the band. They all gave 100% to the preparation and performances, with very satisfying results. The audiences were very attentive, and showed much appreciation.

I like the fact that a particular composer (in this case, Carl Neilsen) was picked for their tribute, and a few of his pieces were chosen for special arrangements by me for the concerts.

I found the manager, Peter Lund Paulson, to be very cooperative and helpful, attempting to help make everything go smoothly. I hope to be able to perform with them again soon!